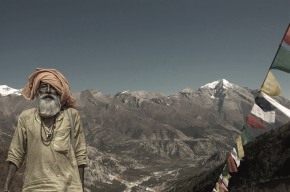 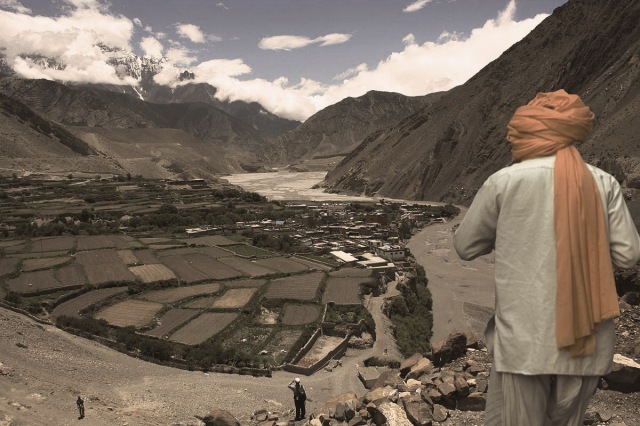 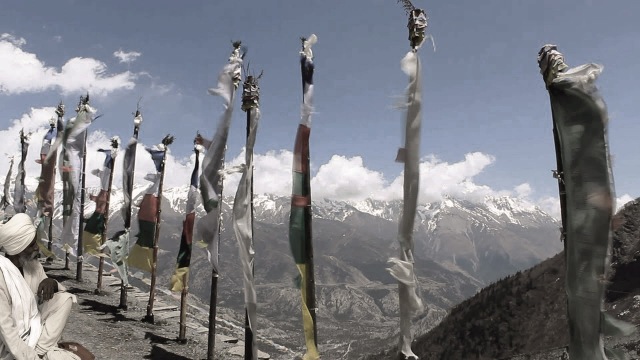 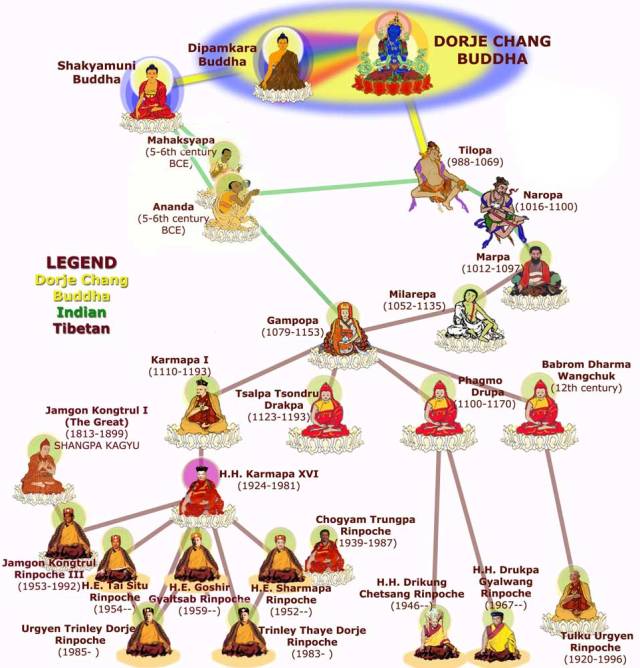 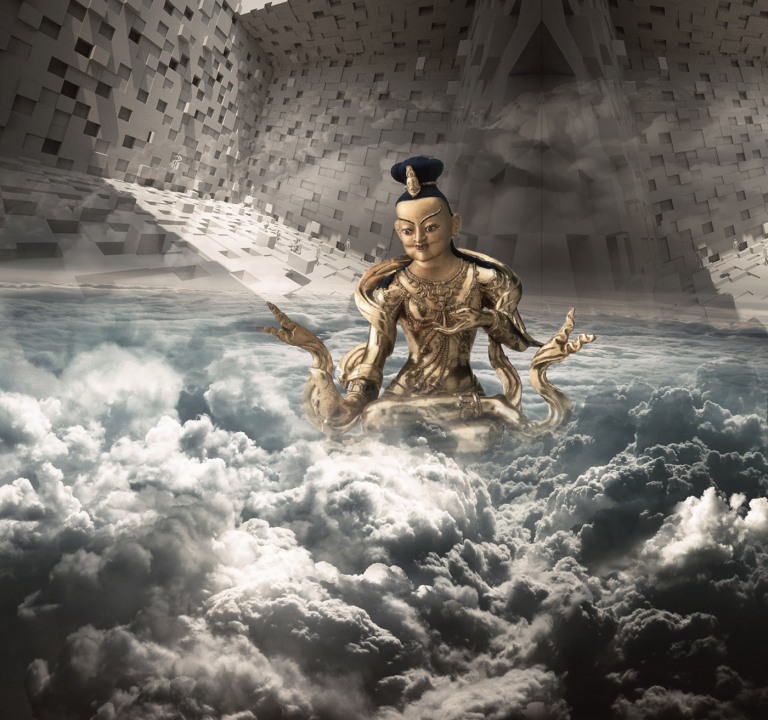 I, Tilopa, have nothing to reveal. You should know it yourself through inward examination.

Tantra Colophon Tilopa’s Mahamudra instruction to Naropa in twenty eight verses was transmitted by the great guru and Mahasiddha Tilopa to the Kashmiri Pandit, Sage and Siddha, Naropa, near the banks of the river Ganga upon the completion of his Twelve Austerities.

Naropa transmitted the teaching in Sanskrit in the form of twenty eight verses to the great tibetan translator Mar pa Chos kyi blos gros, who made a free translation of it at his village of Pulahari on the Tibet – Bhutan border.

The Tibetan title is:

This translation into English has been done by Kunzang Tenzin in 1977, after transmission of the oral teaching by Khamtrul Rinpoche in Tashi Jong, Kangra Valle. ]-

Mahamudra is beyond all words and symbols;

but for you, Naropa, earnest and loyal, must this be said:

The Void needs no reliance; Mahamudra rests on naught.

Without making an effort, but remaining natural…

one can break the yoke… thus, gaining liberation.

If one looks for naught when staring into space,

if with the mind one then observes the mind,

one destroys distinctions and reaches Buddhahood.

The clouds that wander throught the sky have no roots, no home,

nor do the distinctive thoughts floating through the mind,

once the Self-mind is seen… discrimination stops.

In space, shapes and colors form,

but neither by black nor white is space tinged.

From the Self-mind all things emerge;

the mind by virtues and by vices is not stained.

The darkness of ages cannot shroud the glowing sun;

the long eons of Samsara neither can hide the mind’s billiant light.

Though words are spoken to explain the Void,

the Void, as such, can never be expressed.

Though we say… ‘the mind is a bright light’,

it is beyond all words and symbols.

Although the mind is Void in essence,

all things it embraces and contains.

Do naught with the body but relax;

empty your mind and think of naught.

Like a hollow bamboo rest at ease your body.

Giving not nor taking, put your mind at rest.

Mahamudra is like a mind that clings to naught.

Thus, practicing in time, you will reach Buddhahood.

The practice of mantra and perfections,

instructions in the Sutras and precepts,

and teaching from the schools and scriptures

will not bring realization of the innate truth.

For if the mind, when filled with some desire,

should seek a goal… it only hides the light.

One who keeps the tantric precepts yet discriminates,

betrays the vows of awakening (samaya).

Cease all activity; abandon all desire;

One who never harms the Non-abiding

nor the principles of non-distinction,

He who abandons craving

and clings not to this or that,

perceives the real meaning given in the scriptures.

In Mahamudra all one’s sins are burned;

in Mahamudra one is released from the prison of this world.

This is the Dharma’s supreme torch.

Those who disbelieve it are fools…

who ever wallow in misery and sorrow.

To strive for liberation one should rely on a guru.

When your mind receives the guru’s blessing

emancipation is at hand.

Alas, all things in this world are meaningless;

they are but sorrow’s seeds.

To transcend duallity is the kingly view.

To conquer distractions is the Royal practice;

the path of No-practice is the way of the Buddhas.

One who treads that path reaches Buddhahood.

Transient is this world;

Grasp not the world nor your kin.

Cut the strings of lust and hatred;

meditate in woods and mountains.

If without effort you remains loosely in the ‘natural state’,

soon Mahamudra you will win

and attain the ‘Non-attainment’.

Cut the root of the tree and the leaves will wither;

cut the root of your mind and Samsara falls.

The lights of any lamp dispels in a moment

the darkness of long kalpas;

the strong light of the mind will make burn,

Whoever clings to mind

sees not the truth of what’s beyond the mind.

Whoever strives to practice Dharma

finds not the truth of ‘Beyond-practice’.

To know what is beyond both, mind and practice…

one should cut cleanly through the root of the mind

In this way, one sets aside all distinction…

One should not give and take but remain natural,

for Mahamudra is beyond all acceptance and rejection.

Since the consciousness (alaya) is ‘not born’,

no one can obstruct it or soil it.

Staying in the ‘unborn’ realm all appearances will dissolve

into the ultimate Dharma (Dharmata)…

and the will and the pride will fade into nothingness.

The supreme understanding transcends all, ‘this’ and ‘that’.

is to realize immanence without hope.

At first, a yogi feels his mind is tumbling like a waterfall;

it flows on slow and gentle.

In the end, it is a great vast ocean,

where the lights of child and mother merge in one. 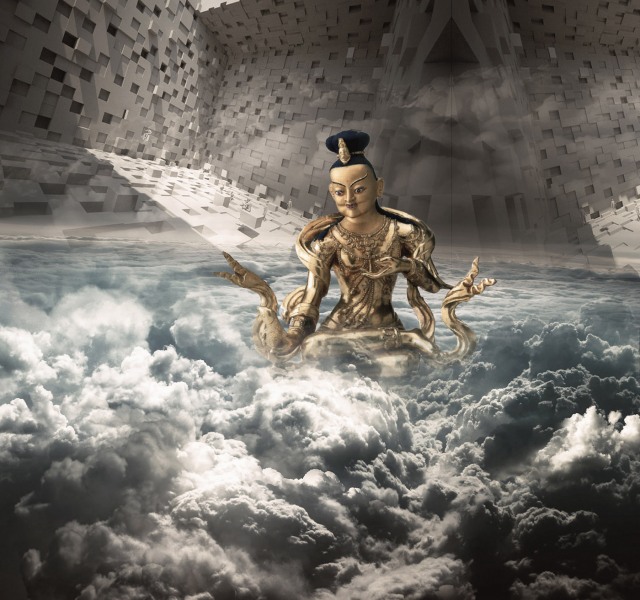 The known as the ‘Karma Kagyu Lineage’ is responsible for the transmission of yogis between the four main schools of Tibetan Buddhism. It includes the most archaic teachings (Nyingma) as well as the most recent (Sarma) that were given in Tibet. This school is called ‘oral’ or ‘of perfection’.

This lineage dates back to the ninth century, during the time of the greatest flowering of Tantric buddhism in India.

By chronological order, it is assumed that Tilopa was the first of these masters (the perfected one), who received the transmission directly from Dorje Chang (in Sanskrit: ‘Vajradhara’), understood as a celestial Buddha that symbolized the Dharmakaya. This is: The ultimate mind.

In due course, Tilopa provided these teachings to Naropa, who had previously been rector of the prestigious University of Nalanda, in India.

This happened after twelve years of Naropa’s services to the previous; an example that implies a reference in what devotion to the teacher concerns. 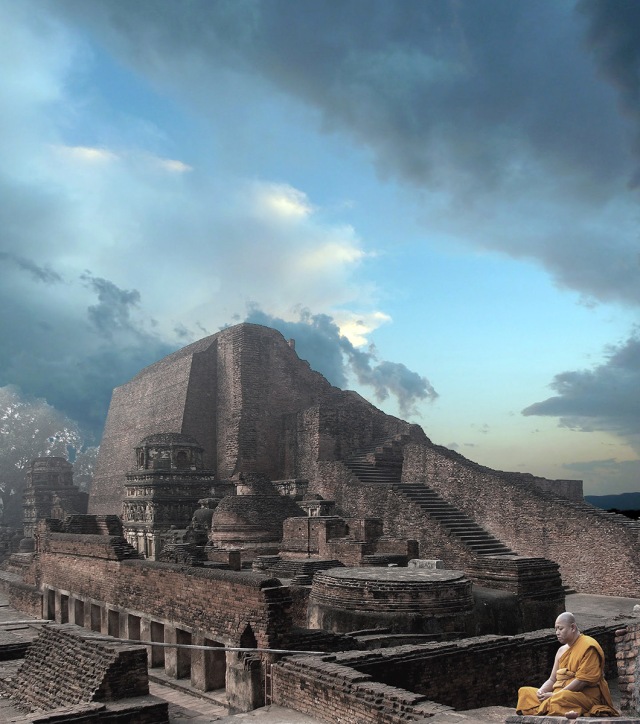 The first Tibetan to receive this instruction was Naropa, who patiently practicing while translating the teachings of Mahamudra into Tibetan became a homeowner at the same time as a sort of landowner, gathering around him a series of adherents, including Milarepa.

Because of the famous bad karma acquired by him due to his initial bad actions as a sorcerer… Milarepa was subjected to a long period of purifying work before Marpa decided to grant him the proper instructions.

It was many years that Milarepa spent meditating in caves to achieve fuller and deeper illumination, after which he became a well-known figure among the locals inhabitants of the surrounding area, becoming both, as a poet as a musician and saint.

Milarepa died at age 80; from there the gnosis legacy of the lineage passed to Gampopa who had previously exercised as a healer. Gampopa was the first monk of the so-called ‘Kagyu School’ and, like his predecessors, he developed his teaching in a series of practical writings called ‘The jewel ornamental of liberation‘.

He was who organized the Kagyu system itself. 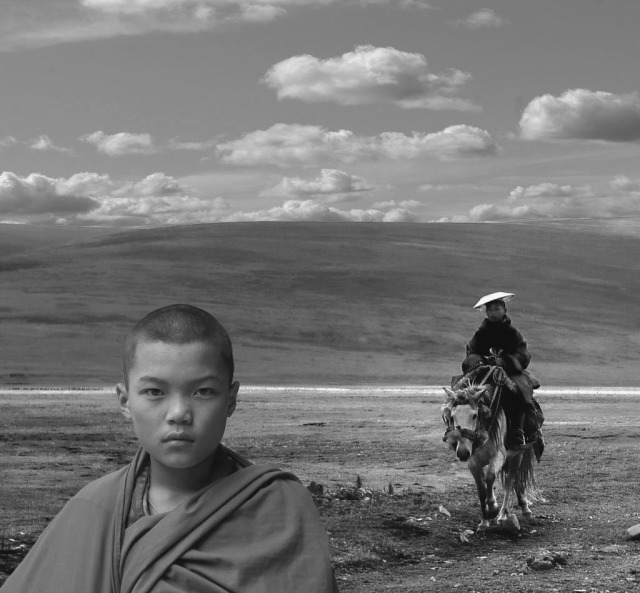 Tibetan lineage of the whisper

Lineage of the whisper

From there, four main and eight secondary schools originated based on the legacy of the first three disciples of Gampopa. All these schools merged with the ‘Karma Kagyu’ school, with the Karmapa understood as the head.

The first Karmapa, Dusum Khyenpa, was the most gifted disciple of Gampopa. He manifested great spiritual power and purity at the beginning of his life journey; already at the age of 16 he was awarded a supernatural black crown of the dakinis and other ‘divinities’ that granted him knowledge of the past, the present and the future.

This hat has been transmitted to all subsequent Karmapas, who are considered as reincarnations (tulkus) of Dusum Khyenpa.

All the Karmapas acted relentlessly in order to spread the doctrine of the historical Buddha; in this way, they are considered as emanations of the ‘Bodhisattva Chenrezig’, which in Sanskrit corresponds to the term and concept of Avalokitesvara.

The Kagyu dynasty is sometimes called the ‘Whisper Lineage’; this should not be understood in literal terms; rather, it will refer to the fact of the continuity of an oral transmission in which teachers favor a certain number of adepts and high caliber students.

And the Mahamudra of the Ganges

In the case of the glorious Naropa, it is alleged that, having consummated his understanding of the oceans of philosophical doctrines without worrying about his body or his life, he endured great difficulties in receiving instructions on the direct realization of the naked nature of the mind.

This pleased his teacher, Jetsun Tilopa, so much that he sang a song of mahamudra, an introduction to the essence of the mind itself.

This chant is known as the ‘Mahamudra of the Ganges’ (ཕྱག་ཆེན་གངྒཱ་མ།) and should be treasured by all those who want to free themselves from suffering in order to achieve happiness.

Obviously this site uses ‘cookies’ as practically all sites on the web. If you continue browsing it is understood that you accept its use. 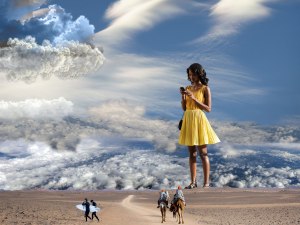